Baro ( 바로) is a South Korean singer, rapper, an actor known for being the main rapper of WM Entertainment boyband, B1A4.

Cha Sun Woo (차선우), officially known as 'Baro', was born in the city of Gwangju, South Korea on September 5, 1992[1]. Similar to the other members of B1A4, Baro trained under WM Entertainment before his idol debut, though there's no information yet how long he trained for.

His family consists of his parents, a younger sister, and himself.

(Main Article: B1A4)
Like the other members, Baro was introduced via webtoons published by their company, WM Entertainment.[2] He is the second member to be revealed in person at their website.[3]

“Unlike his cute looks, Baro actually has a charismatic rap tone. He took over the entire rap making for their debut album, and has exceptional skill talent in that area.” - WM Entertainment Representative[4]

Their popularity made B1A4 featured at MTV's Korea Match Up, alongside with another rookie group, Block B, competing each other. The show featured the making of Only Learned the Bad Things MV, where Baro had some problems during shooting.

On the final episode of Match Up, B1A4 held a mini-concert, which Baro sung his first solo, Yeah, which later became a duet with CNU.

On September 5, the members of B1A4, along with amount of fans, celebrated Baro Day, for Baro's 19th (20th) birthday.

They released their new lead single Beautiful Target on September 15, 2011, and their second EP, It B1A4 the next day. The album also contained Wonderful Tonight, a song composed by Jinyoung with Baro and CNU. 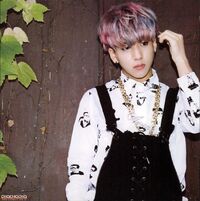 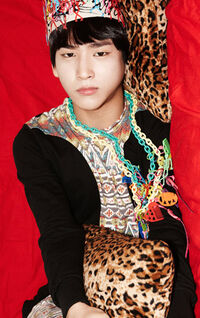 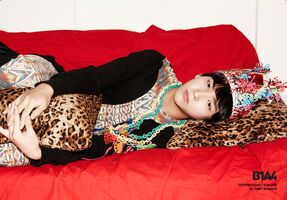 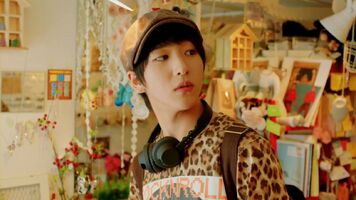 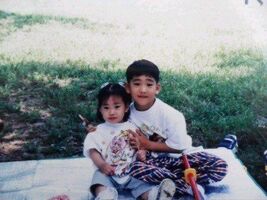 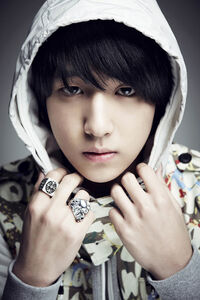 Retrieved from "https://betheoneallforone.fandom.com/wiki/Baro?oldid=5005"
Community content is available under CC-BY-SA unless otherwise noted.