B1A4 (비원에이포) is a South Korean quintet boyband, formed by WM Entertainment in 2011. Debuting as 5-Member Group, consisting of Jinyoung (Leader), Baro (Rapper) Sandeul (Main Vocalist), Gongchan (Maknae), and CNU (Vocals) under WM Entertainment. They were introduced through an online webtoon. [1] They debuted publicly on April 23, 2011 with their single O.K. from their debut EP, Let's Fly.

The members of B1A4 were first introduced via webtoons, which can be accessed via their official website. The webtoons included another character, named Anna, which once rumoured that she'll be the female lead as well.[2]

On April 20, 2011 they released their first debut single with it's MV, "O.K.", which later became the headlines among the K-poppers. The song received a lot of anticipation, though they're not charted yet.

Let's Fly and It B1A4Edit

In April 23, B1A4 debuted on MBC's Show! Music Core, performing O.K. for the first time in TV[4] and guest starred on Starry Night Radio, making their first debut on Radio also.[5]. They begin to performed at many TV Programs, such as M's Countdown[6], Music Bank[7], and Inkigayo[8]

In June 22, B1A4 featured on the first run of MTV's Match Up!, along with another new group, Block B[9]. With the total of 8 episodes, the show allows both groups to show off their musical talents and unseen charms through weekly missions and behind-the-scenes footage of their daily lives as newcomers to the Korean

pop scene. The program also revealed the group's follow-up promotional single, Only Learned the Bad Things, which released on July 13, 2011.[10].

B1A4 returned with their 2nd EP, It B1A4 on September 16, 2011, and released their new lead single, "Beautiful Target", which is composed by Jinyoung, with Baro and CNU on the rap parts. The single is highly anticipated that received 1 million views on youtube within a week. The album itself was recently ranked at the top of Kyobobook, Aladdin, Interpark, Yes24, Apple Music, and others for having the top number of presales.

The group name, B1A4 is explained to be the abbreviation of 'Be The One, All For One'[16], with the meaning of 'the best is formed when 5 become 1'. The idea was also conceived by 4 of the 5 members having blood type A (which is Jinyoung, Sandeul, CNU, and Gongchan), and 1 having blood type B (which is Baro). 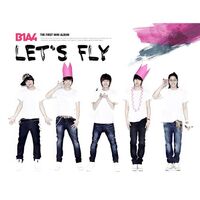 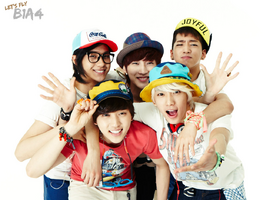 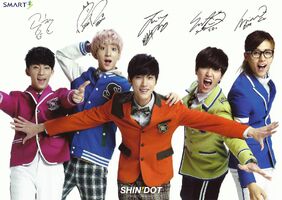 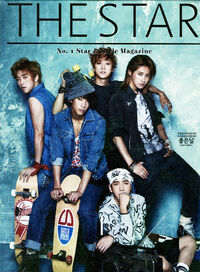 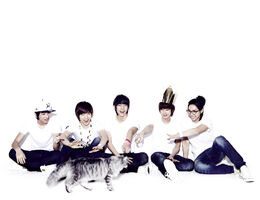 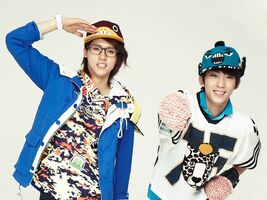 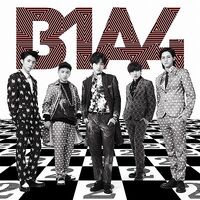 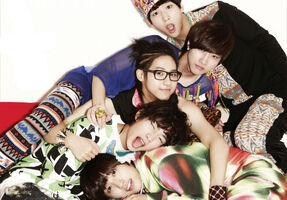 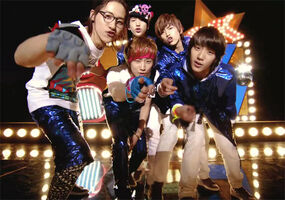 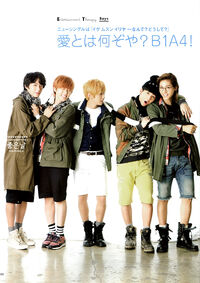 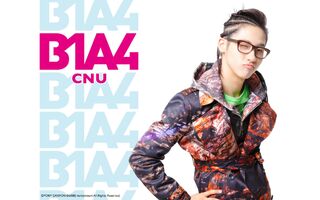 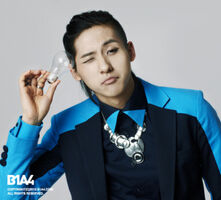 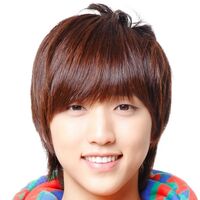 kora kuryaka
Add a photo to this gallery

Retrieved from "https://betheoneallforone.fandom.com/wiki/B1A4?oldid=5113"
Community content is available under CC-BY-SA unless otherwise noted.